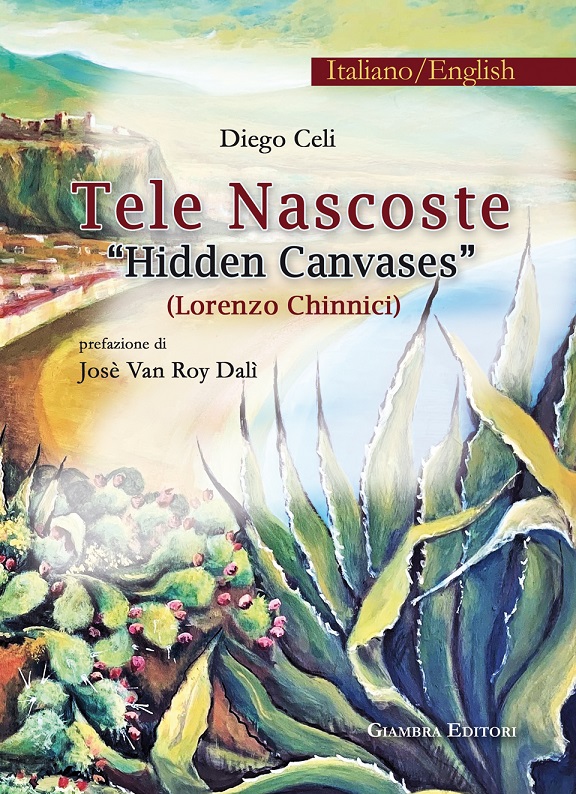 The new book, “Hidden canvases” (Tele Nascoste), regarding Lorenzo Chinnici will be presented in Catania on 14th December at 6pm, written by the surgeon Diego Celi and also enhanced by a preface written by José Van Roy Dalí (son of Salvador Dalí) published by Giambra Editori.

The text does not celebrate Chinnici’s art, but marks the many emotions and stories of what has happened behind the scenes of the Master’s canvases.

The event is promoted by ‘’Faber – Il Fabbricante di idee’’ in collaboration with the publisher.

This edition of Faber will be held on 14 and 15 December, from 10.00 to 21.00 at the historic Palazzo del Toscano, built around 1870 as the town residence of the Paternò marquises of Tuscany.

The event will host 40 exhibitors (Sicily’s best artisans) from all over Sicily, which will present their creations in the splendid rooms of the palace, will be the setting for Chinnici’s book preview, which will symbolically dialogue with the artisan goods made in Sicily, known for their excellence.

The protagonist is Master Lorenzo Chinnici, but the text is not a celebration of his pictorial art, it is rather a psychological tale of the continuous conflict in relation with his son: this clash is the real hidden canvas of Lorenzo’s production. The other fundamental figure of this existential canvas is his wife: she is supposed to guide the family chariot with two leading horses, husband and son, who both can’t stand the bridles.

Diego Celi, author of this text, writes José Van Roy Dali, son of Salvador Dalì, in the preface:
“…to caress a thought, to wander within the clouds of fantasy….to be transmitted with the ingenuity of a child or with the arrogance of an adult in a story that, from its first few lines, ignites curiosity and leads the reader to continue with joyful emotion that leads to expand the boundaries of the imagination to enter an unreal reality in which anything is possible….”