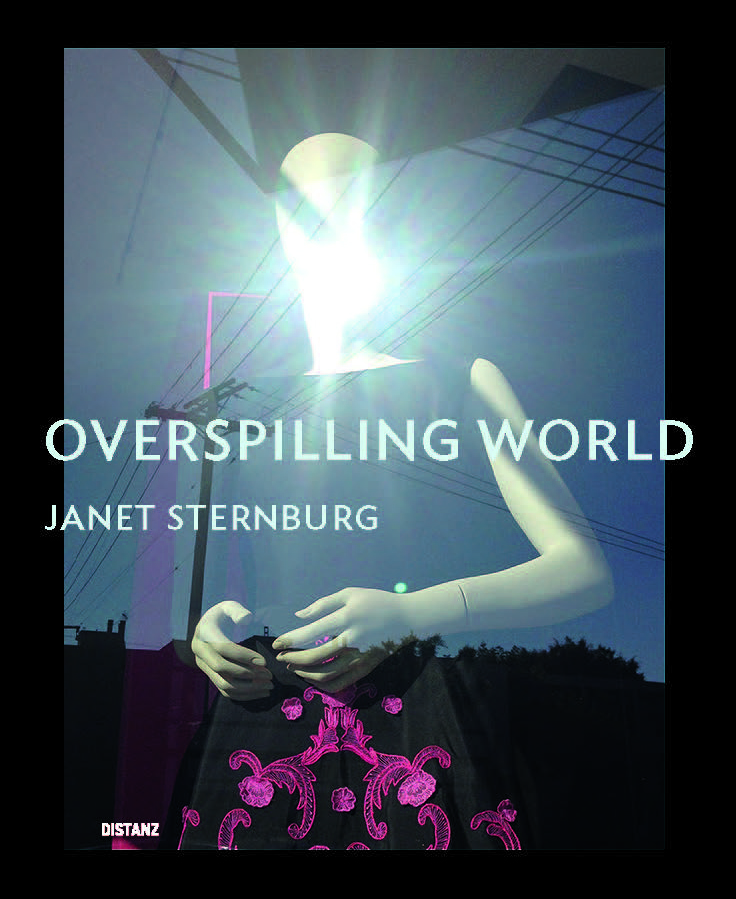 As Wim Wenders notes in his foreword, “Photographers don’t have eyes in the back of their heads. Janet Sternburg does. This book makes you understand the act of seeing and the reflection that might lead to a photograph in a whole new way.”

Sternburg explores the boundaries of perception, revealing how photography can render the complex imagery that our mind creates. Working without any digital or optical manipulation, the artist employs disposable cameras and early iPhone cameras to take her photographs. She utilizes their technical limitations to portray the conflations of time and space present in a single moment, what French philosopher Maurice Merleau-Ponty calls ‘an over-spilling world.’ Sternburg’s works are images of consciousness—its fluidity and porosity—fused with everyday life.

Overspilling World traces the artist’s development as an established writer who first picked up a disposable camera in 1998 while staying in San Miguel de Allende, Mexico. Sternburg’s later beginnings as a photographer have given her freedom from conventions. Often shooting through windows, she uses reflection not to mirror but rather to blur conventional separations between inside and outside, solid and fluid, subject and object. At times, the abstraction of shapes and colors give the works a painterly quality. Above all, Sternburg’s work conveys her revelation of seeing and the ever-changing movement of mind and experience.

Sternburg (b. Boston, 1943) lives and works in Los Angeles and San Miguel de Allende. She has exhibited her work internationally including solo shows in Berlin, Korea, Mexico, New York, and Los Angeles. Sternburg’s photographs have appeared in extensive portfolios in Aperture, Art Journal, and The Behavior of Light, the catalogue that accompanied the American Embassy-sponsored tour of her work throughout Germany. Her work is also included in major private collections and the permanent collection of the USC Fisher Museum of Art, Los Angeles. Upcoming solo exhibitions will be shown at Contrasto Galleria, Milan, in spring 2017, and the USC Fisher Museum of Art in September 2018.

She is also the author of such books as the iconic The Writer On Her Work and, most recently, White Matter: A Memoir of Family and Medicine. In her essay for Overspilling World, she writes of the connections between her images and her words. For more on Sternburg’s work, visit: http://www.janetsternburgphoto.com/

Janet Sternburg: Overspilling World is available for pre-order on Amazon.

DISTANZ VERLAG is based in Berlin under the management of Christian Broos and Uta Grosenick. DISTANZ releases books and exhibition catalogues on the visual arts, including photography, architecture, design, and fashion. DISTANZ produces artist monographs and anthologies in collaboration with prestigious editors and authors, in addition to partnering with leading international museums and institutions